When Martin has a good day, I allow myself some daydreaming about life once he recovers.

So far, today has not been great. But yesterday was pretty good, and I did some daydreaming. I asked myself this: What is my No. 1 goal? If I could pick one facet of recovery wherein we succeed without qualification, what would it be?

In post after post, I’ve extolled my husband, Adrian. We are (quoting a pal) the Disturbingly Happy Couple, co-participants in a head-butting, growling, grappling marriage of equal parts challenge and laughter. Without Adrian, I would, no doubt, lack the strength to recover Martin.

But there is another achievement of my adult life that I value just as much as my marriage: the ability to build and maintain friendships.

I didn’t have close friends growing up. That is to say, until I was in my 20’s I kept myself apart from others. I can perceive now that I had too little self-esteem as a young person, and that I masked that shortcoming with too much self-confidence—meaning that I ignored the needs of my peers and expected them to care for mine, without reciprocity. I had acquaintances, and “friends” in the sense of people with whom I interacted socially, but I never opened up to anyone. And if anyone tried to open up to me, I shut down.

As an adult, fortunately, I got better at internalizing humility in a way that led to more genuine relationships. It was a painstaking process, learning to unlock feelings and to expose my own weaknesses, and especially, to empathize. Inviting others out “just to talk.” Listening. Returning phone calls, writing thank-you notes, keeping track of what was going on in homes besides my own.

Closer friendships—I realize that this probably isn’t news to anyone but me—improved my life immeasurably. Today I marvel at the bone-headedness of self-isolation.

Adrian and I do RDI therapy with Martin. Last spring we watched a five-hour video explaining how RDI works. The first couple hours made for pretty awful viewing; a doctor enumerated the neurological bases for autism, and how those behaviors manifest themselves behaviorally. Dismal statistics appeared on-screen, noting that even the highest-functioning ASD adults, traditionally treated, do not live independently or enjoy significant peer relationships. Then the doctor appeared and reiterated that, unless their course of development is altered, high-functioning children with autism will not learn to make and keep friends. They will never have significant peer relationships.

Another parent once told me, about her eleven-year-old son on the spectrum, “He doesn’t have friends except for one. But if he doesn’t care, why should I?”

I think she must be wrong. I think her son must care.

Martin will care if he has friends. And so will I, always. 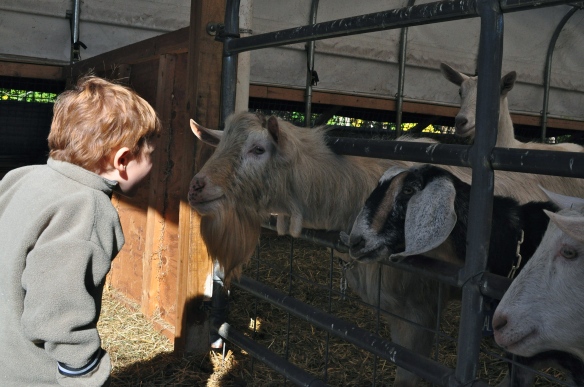