It’s been a while since I posted a recipe. I can’t take full credit for this one; my friend Stacey (she’s busy recovering her awesome six-year-old) gave me the idea of using Julian Bakery Paleo Bread (coconut) for French toast. I came up with the “coconut” and “bites” innovations, after Martin grew tired of regular French toast. (He hates all things breakfast. I think I’ve mentioned that.)

In a small bowl, whisk the egg until light and foamy. Add cinnamon and cloves to taste.

Cut the bread slice into squares, approximately ½” in length. Err on the small side when cutting, because the egg and coconut and oil will puff ’em up, and you don’t want “bite-size” to become “gag-size.”

Mix the bread squares into the egg. I let them saturate for a few minutes; this morning the bread soaked in egg while I prepared Adrian’s lunch.

Once the bread is full of egg, add some shredded coconut to the bowl and stir gently until the squares are coated with coconut.

Fry the bites in coconut oil, flipping once. 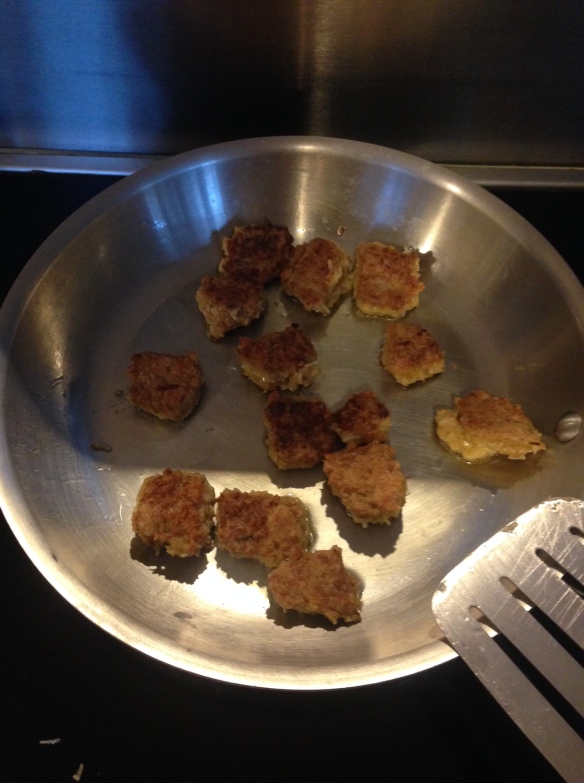 If you need some extra incentive to sweeten these up, try a few drops of a low-glycemic sweetener like coconut nectar or warmed Manuka honey. 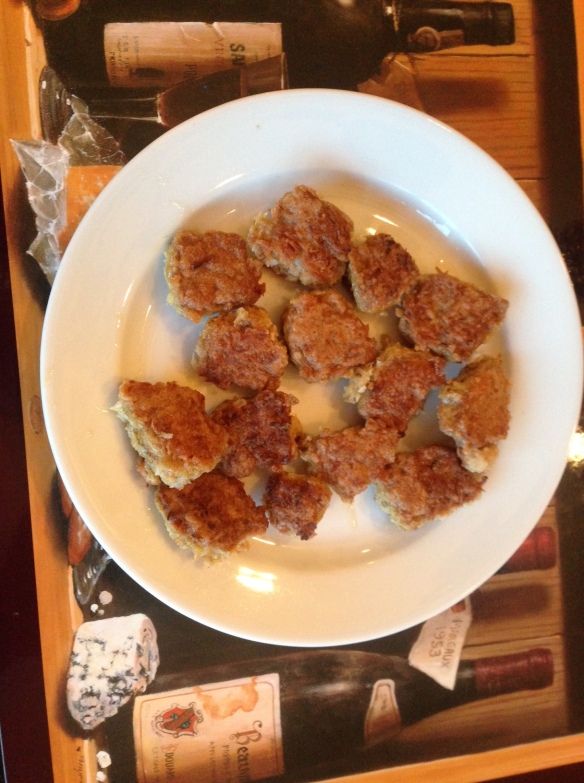