(This is the second in a series of posts, begun here last month.)

I was ready to do whatever it took, to make any sacrifice or pay any price, to get back the bright and engaged boy I knew Martin could be. But I had no idea how, or which direction to turn.

After Martin was diagnosed, Adrian and I had got, from friends and family members, recommendations of people we “really should talk to.” I’d never followed up; I tend to be a go-it-alone kind of gal, and didn’t see myself finding solace in an “autism parent support group,” the path I thought I’d be walking if I started reaching out. Now, feeling lost, I decided to exploit some of those contacts.

My first call was to the wife of a once-removed business contact of Adrian. Neither Adrian nor I had ever met this woman, or her husband, who live in another city. I’ll call her Annie.

Annie answered the phone at the time we’d arranged by email, and I explained the situation: Martin’s diagnosis, the behavioral therapy, my frustration about not doing enough.

“I’m glad you contacted me,” Annie responded. “My son is nine years old, and recovered from autism.”

I grabbed a pen and notepad. “Tell me more?”

Annie, God bless her, spent a full hour on the phone. She had “dropped out of life” for four years, she said, in order to recover her son through every medical, holistic, traditional, and behavioral approach she could find. It had been hard work, especially knowing whom to trust and what to try. In the beginning she’d been told that only behavioral therapy was available. She hadn’t considered biomedical recovery until a friend got her interested in the topic. Once they started biomedical recovery, the difference was amazing. The traditional doctors told her the process would never work. She ignored them. Her only standard became whether a treatment might hurt her son.

(As I’m writing this, from my scrawl on that yellow notepad, ten months after the conversation, I hear in Annie’s words exactly what I would tell a parent if one were to call me today.)

Annie told me about RDI therapy instead of ABA. (She had pulled her son out of traditional one-on-one ABA therapy, a decision I also made some months later.) She told me about the Yasko profile, Generation Rescue, genetic mutations, hormone treatments, available therapies. My head was spinning. The key, Annie concluded, was to find a doctor with strong traditional medical strengths who nonetheless would ride the cutting edge of new treatments. She gave me the name of a doctor halfway across the country, an associate of the excellent Track Two doctor we now use for Martin.

I hung up the phone in a different place than I’d been an hour earlier. I spent the afternoon chasing down websites and phone numbers. I printed pages and pages. By the time Adrian arrived home that evening, I had a full presentation prepared for him.

I began with, “This is what we’re going to do.” 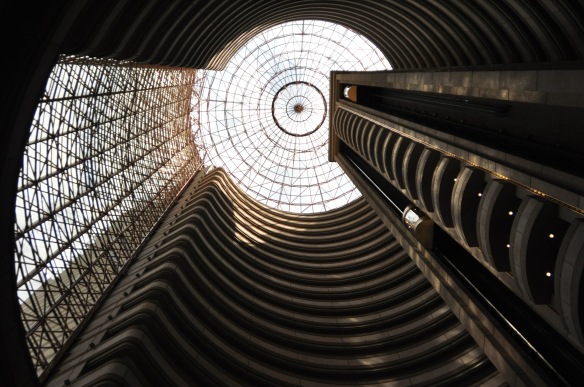