A couple weeks ago, a message came across my Twitter feed (@findingmykid) telling parents of kids with autism not to blame themselves, because there is no single contributor to autism—no specific action they should or should not have undertaken. I was grateful for the reminder. I do have a tendency to blame myself for Martin’s autism. We had our kitchen rebuilt, clouding the apartment with construction dust, while I was pregnant. I let myself be bullied into induced labor, leading to epidural anesthetic, Martin’s loss of oxygen, and a C-section birth. I fed Martin foods I now know to trigger digestive difficulties. When we had new window guards installed, I put him to bed thinking the paint had dried, only to open the door three hours later and find his bedroom filled with fumes.

And—I chose to have Martin vaccinated. I started out wary of vaccines, from personal experience: I myself was fully vaccinated as a child, including against the measles, and yet at age 12 I contracted measles. Even the health department visited to find out why I’d caught the contagious and life-threatening disease. That experience has always given me pause about the efficacy of vaccination. So when Martin came along, I tried to educate myself. I attended two seminars (these billed themselves as neutral but turned out to be very pro-vaccination), perused some articles, and read the Dr. Sears book. In the end, after talking with Martin’s pediatrician, I decided to vaccinate Martin, but on the Dr. Sears “alternative” schedule, which skips some shots and spreads others apart. I reviewed the ingredients of available vaccines—they were non-vegan and generally disgusting—and requested them by brand, paying especial attention to aluminum content and to the combination of vaccines (I never allowed more than two) given on a single visit.

Still, I had misgivings, long before Martin was diagnosed with autism. I was uneasy with the idea of injecting, into my son, foreign matter including metals, Guinea pig embryo cells, cow blood serum. Are human bodies really designed to deal with that kind of intrusion, particularly by injection instead of ingestion? Each time Martin received a vaccination I left the doctor’s office feeling vaguely unsettled, even if I was unsure why.

It was mother’s instinct, I now suspect.

In 1998, Andrew Wakefield published a paper in The Lancet linking the MMR vaccine to digestive disorders associated with autism. The Lancet subsequently retracted that paper, and last April the BMJ published an article aimed at discrediting Wakefield’s study. That BMJ article was widely reported, and I recall a Facebook friend—damn you, social media—posting a link to one such report, with a tagline something like, “GET OVER IT, MORONS! VACCINES DIDN’T GIVE YOUR KIDS AUTISM!!!”

Yes, it was written in all-caps, the hallmark of any thoughtful sentiment.

I try not to take umbrage to Facebook posts. This one got to me. I think it would have got to me even without Martin’s condition. Facebook does not represent the best platform for discussing controversial ideas. (For example, have Facebook snippets persuaded anyone, ever, to change a political position?) Worse, the words, written by a mother of several neurotypicals, were inconsiderately harsh for someone not facing the realities of parenting a child on the spectrum.

More than the inappropriate forum or lack of empathy, though, was my belief that this Facebook friend was too cavalier.

I’m not going to say that I think vaccines “cause” autism. I’m sure many readers are horrified enough that I acknowledge a possible link between vaccines and ASD, at all; when I told a college friend that we were undertaking autism recovery, her first question was, “Are you going to be like that actress who went crazy and said vaccines made her son get autism?”

I’m not going crazy (and neither was Jenny McCarthy), and I’m not using the word “cause.” But after reading more, and from a wider variety of sources, I think this: Children who are prone to ASD, for whatever reason, share a sensitivity to certain food triggers, to electro-magnetic fields, to chemicals and heavy metals, and in general to foreign substances. And those children, when their sensitive systems are invaded with the gunk that comprises vaccines, react with increased neuro-divergence. Vaccines, therefore, in my entirely un-scientific opinion, do more harm than good to children who already have, or may develop, autism. I also think that some of the highly touted successes of vaccines may stem, in part if not primarily, from general advances in hygiene and health care; that is, bell curves appear to show that some diseases we vaccinate against have decreased at rates similar to diseases we don’t vaccinate against, because we’ve got better at caring for ourselves.

Be warned—here comes the lawyer in me. I am not advising anyone not to vaccinate his or her child, on the spectrum or otherwise. I would never give that advice. I am not a scientist. I freely admit that I do not fully understand all of what I read on topics like the effects of vaccines, and that I do not have the background to discern among competing sources of information. Thinking more globally, I have no reason to assert that, say, malaria vaccinations in Africa or polio vaccinations in South Asian are not a good thing. I have only my own conclusions, for me, for my family.

My law-school roommate asked me if she should stop giving her (neurotypical) children the fluoride tablets their dentist recommended. I answered honestly: I don’t know. I filter Martin’s water for fluoride. I think fluoride is bad for his condition. That’s not definitive. I may not even have the best or newest information. But from what I’ve got, no fluoride for Martin.

I regret, now, that I allowed Martin to be vaccinated. I particularly regret falling prey to the 2009 H1N1 hysteria and getting Martin that vaccine, because it was so wholly unnecessary, and because that was the single instance that I can remember in which my son seemed different after the injection than before. (I don’t have any specifics for that last comment; I can only say that Martin, who was not yet diagnosed on the spectrum, seemed pretty kooky for a day or two afterwards.) After consulting with Martin’s Track Two doctor and Martin’s pediatrician’s practice, Adrian and I have decided to forego any further vaccinations, at least for the time being. I feel far less threatened by hepatitis B than by further neurological damage to our son. 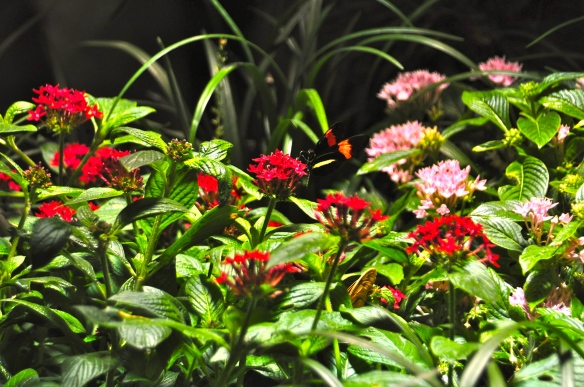 8 thoughts on “Vaccinations. I’m Ready for the Hate Mail”