Our family is working to alleviate Martin’s autism by healing his immune system, instead of using medication to disguise the health problems. One day, that approach could change, as I mentioned in the post titled “New Sleep, No Crutch”:

Of course I’m familiar with methylphenidate, amphetamine salts, guanfacine, and so forth—drugs that might improve Martin’s still-abysmal attention span. Maybe one day we’ll turn to such resources (in the end, I remain a pragmatist). But for now, while we have the time and opportunity, I choose to work toward eliminating the cause of his short attention span, instead of using drugs to mask the symptoms.

In response, I received this comment from a reader:

As a pharmacist and a mom with a child diagnosed with Asperger’s I think your approach is great. I hesitated giving my own child medication until absolutely necessary. After years of hesitation, finally treating my son’s attention deficit with medication allowed his grades to improve significantly. If you aren’t at the point where that is necessary, by all means use as little drug intervention as possible.

Let’s talk about a topic underlying that comment: judgments.

I went to last year’s Autism One conference with my friend Stacey, who is also working to recover her son. Stacey attended Kerri Rivera’s presentation on her chlorine dioxide (ClO2, or “CD”) parasite protocol. (I was at another, concurrent lecture. Don’t remember which.) After Stacey told me about CD, I looked up some information and talked to many parents who use the protocol. Basically, Rivera uses low-dose oxidation, in the form of chlorine dioxide, to destroy pathogens/parasites and heavy metals.

I told Stacey that CD is not a protocol I would try with Martin, because (1) I have concerns about its long-term health effects, and (2) it requires giving enemas, which I think would violate Martin’s body integrity. (We treat pathogens and parasites through other methods. For example, Martin consumes diatomaceous earth daily, and around each full moon he takes pyrantel and, topically, warmed castor oil. In the past, Martin also has swallowed mebendazole to fight parasites.)

Some weeks later Stacey and I, back in New York, met for lunch. Stacey told me that she had done more research, read Rivera’s book, been in contact with Rivera via email, and ultimately decided to follow the CD protocol with her own son. As Stacey told me this last part—that she had decided to go ahead with CD—she looked away and ducked her head as if she were about to get slugged. Then she added, “I know you’re not keen on CD. I just feel like it will help. Don’t judge me.”

Much later, I had lunch with a friend whose elementary-school daughter has been diagnosed with ADD or similar disorder. My friend wanted to talk about what we do for Martin and whether any of our protocol might help her daughter. I explained what I think are some underlying similarities between ASD and ADD, and what diet and supplements might be able to achieve. She mulled the information, asked a lot of questions.

Fast-forward two months. I was lunching again with the same friend. She said that she and her husband are medicating their daughter to help the ADD. I sensed that she was watching for my reaction. Then she added, “We did try fish oil. It didn’t seem to work.” I realized my friend was afraid that, because we do diet and biomed/homeopathy for Martin, and not medication, I was going to deride her family’s decision to medicate.

My response was the same, to both Stacey and this friend. I said: “Don’t worry. After three years of biomed, I am way, way beyond judging anyone else’s path.”

I, personally, believe that Christianity, and specifically Protestantism, and more specifically the Protestantism most closely associated with the Magisterial Reformation, though tinted with elements of the later Radical Reformation, is the truest faith. That’s why I practice Mostly Magisterial Quasi-Radical Protestant Christianity. It does not mean that I think my friends who are Roman Catholic or Jewish or Muslim or Hindu or nothing at all are “damned” or destined to unfulfilling lives. I think I’m right. They think they’re right. Maybe we’re all right, to whatever degree.

In the world of children with challenges, regardless of what path a family takes, I respect anyone who is (1) trying, and (2) not acting callously. Stacey has looked into the CD protocol and believes it will help her son. My friend reports that a drug targeting ADD has ended the homework battles that were ruining her evenings. The pharmacist who was kind enough to comment on my earlier post hesitated to medicate her son but now finds that doing so has improved his focus and grades.

Plenty of people—I’m pretty sure that, somehow, I run into all such people, all of them in the entire world—are ready to condemn my and my husband’s choices for Martin, from diet to homeopathy to school. I hate that. I hate to be judged.

And so that’s it. I’m way, way beyond throwing stones at how anyone else treats autism. 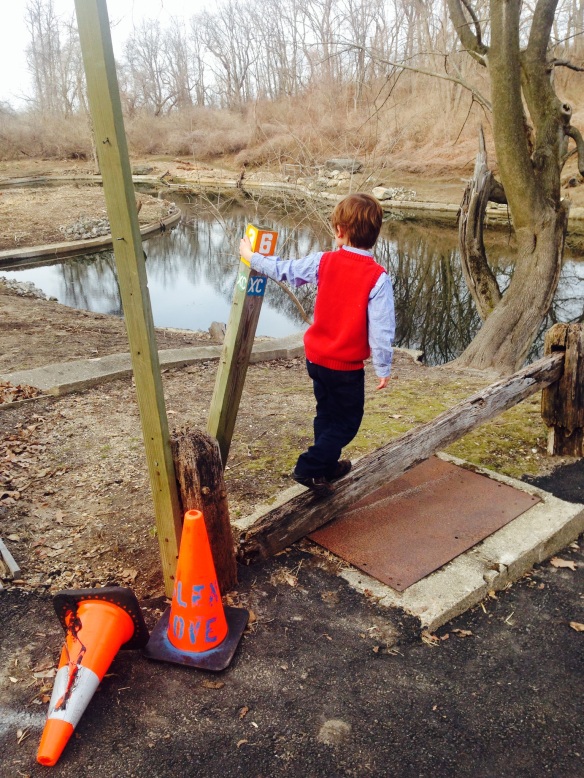 Martin, out and about. No judgments here.