I received this inquiry: “The GAPS diet is so meaty. If Martin is eating only one meat serving per day plus broth, what all is he eating?”

I’ll use today as an example, and as I’m writing this, I’m realizing that, depending on how you define “meat serving,” he might have had two.

For breakfast, Martin drank a 12-ounce glass of homemade bone broth and ate a small dish of fermented vegetables—today, eight string beans. Some weekday mornings Martin takes only broth. I prepare a full breakfast only on the weekends, when Adrian eats at home and we have more time.

Martin’s school asks that we send two snacks each day, and a lunch. Today I packed both snacks into one container. The morning snack was homemade protein bars. That recipe varies every time; this version had organic SunButter, chia seeds, coconut flakes, cacao nibs, honey, and sea salt. For afternoon snack, he got gummy treats, which I made by heating and pureeing strawberries, then adding pure bovine gelatin and pouring the mixture into silicone candy molds. 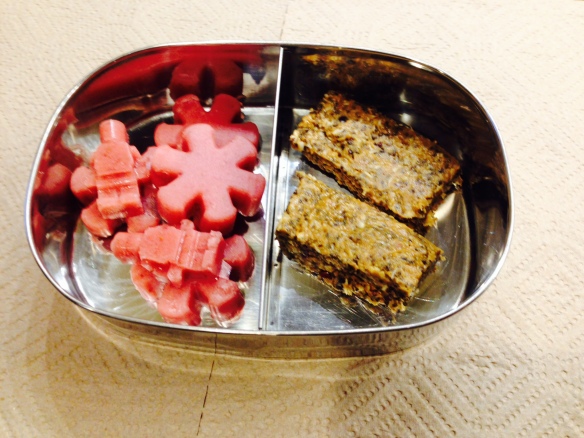 Did you catch that? Bovine gelatin in the afternoon snack. If you count that as meat, because it comes from a cow, then Martin had two meat servings today.

As for Martin’s lunch, if you read yesterday’s post, you already know what it was: meatballs that were actually half-vegetable. 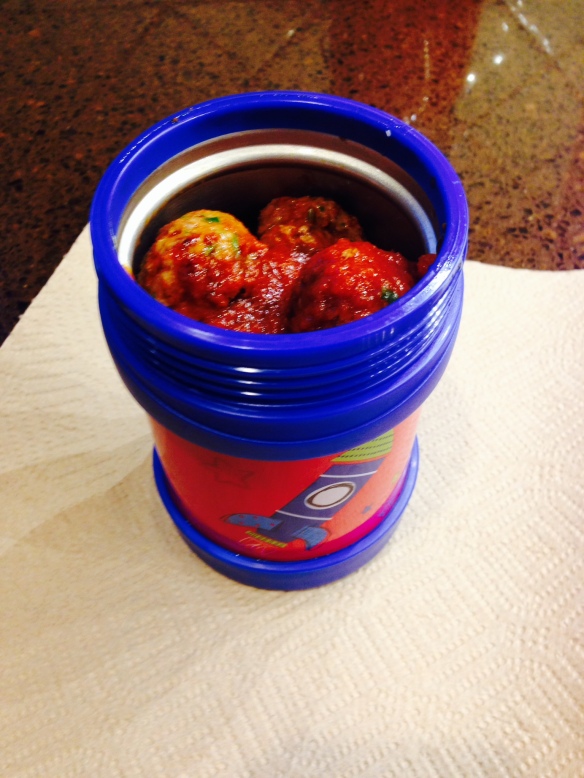 When Martin arrived home from school, per his custom he immediately wanted another snack, which he was allowed to select from his snack drawer. Today’s snack choices looked like this— 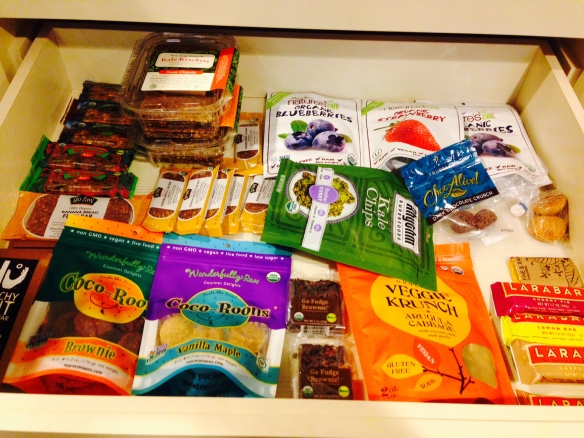 Martin went with a cappuccino Lära Bar. (Yes, that has a small amount of coffee.) Per my custom, I asked Martin to finish his camel milk before eating the snack. I added cinnamon to the camel milk.

An hour later, when we were leaving for his piano lesson, Martin demanded yet another snack. As I rushed to get him out the door, I came up with some leftover freeze-dried blueberries. He arrived at the music school with purple hands and a purple face.

For dinner, I gave Martin the choice of pasta, which I would cook with veggies and olives, or “cheese and crackers.” He decided to have the latter, Dr. Cow fermented nut cheese paired with New York Naturals kale crackers. With dinner he had another 12 ounces of bone broth. 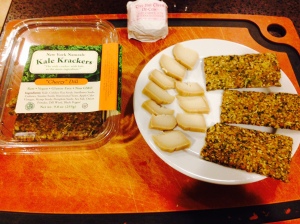 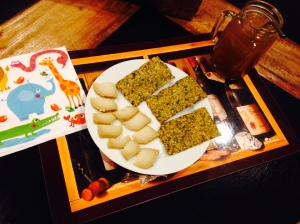 Then, of course, it was time for dessert. Martin got a quarter-cup of “chocolate ice cream,” a cashew-based product sweetened with raw agave. Agave is not GAPS-legal! But there was very little agave, and I decided we would all survive the experience. While I was serving the ice cream, Martin asked, “Mommy, why don’t you put some chocolate chips on it?”, which I did, in the form of raw cacao nibs. 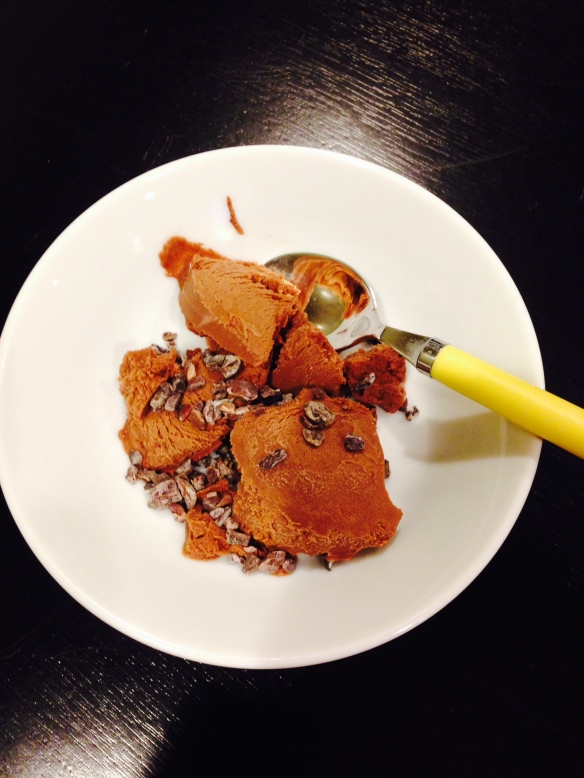 Throughout the day, including at school, Martin drank Fiji water from a Lifefactory bottle, into which I mixed a splash of juice and his MitoSpectra powder.

No day is perfect. Today Martin had too much sugar (from honey, strawberries, dates in the Lärabar, blueberries, juice, and “ice cream”) and one non-GAPS ingredient (raw agave). And it’s probably apparent that I don’t have big oxalate concerns at this time; with all the nuts and cocoa, it was an oxalate-heavy menu. Still, he had his camel milk, 24 ounces of bone broth, and veggies in reasonable quantity.

Then he went to bed, and I had wine.

2 thoughts on “Less-Meat GAPS (With Photos!)”