Martin attends our church’s Tuesday after-school program for kindergarten-through-fifth graders. Because the program is volunteer-run, and because I want Martin to participate as fully as possible, I send an aide with him. The aide, Janine, is a special-education professional whose assignment is to ensure that Martin is included, to help Martin with any projects or activities that might otherwise overwhelm him, and to back off whenever Martin is able to handle the situation unassisted. I would accompany Martin myself, except that my presence is nothing but a distraction. When Mommy is in the room, I’m afraid, Martin has eyes for nothing else. Besides, who wants to play with the kid whose mother is hovering behind?

I can’t say that Martin loves going to the Tuesday program. He tries to get out of it whenever possible. (“I’m so tired!” “I don’t feel well!” “Oh, I just want to do my homework.”) Compare that with Sunday mornings, when Martin eagerly accompanies me to church and participates in children’s Sunday school. I don’t know what accounts for the contrasting attitudes. It could be that Tuesday afternoons he is exhausted from school and wants time alone, or that the Sunday school teacher (Sundays he has no aide) lets him get away with only minimal participation. It could be that he doesn’t like having an aide, although he’s never asked to attend Tuesday alone, only to skip the event altogether.

I wrote that verbose introduction to establish that although I am not present at the Tuesday after-school program, I know a lot (through Janine) about what happens there. (Perhaps I got distracted from that point.) Often Janine’s report is super: Martin was asked to light the candles and did so without help; Martin sang along in choir practice; Martin played tag properly in gym; Martin raised his hand and answered questions after storytime. Some weeks Janine’s report is tougher to swallow, such as the two occasions on which no one wanted to hold Martin’s hand during the prayer circle. (He was in the grip of allergies and probably using his hand as a tissue.)

This Tuesday, Janine said that the gym teacher, who usually has the kids count off or otherwise randomly divides them for sports and games, decided to appoint two team captains and let them pick teams. Remember those days from grade-school gym class? Two kids stand up front, pointing to the best athletes first. The chosen teammates join their captains, relieved. I remember well. I was usually the first girl chosen, and I liked that. I also understood why the teachers stopped the process when half or two-thirds of the kids had been picked, and just split the left-overs between the teams. This Tuesday, at the church, the gym teacher didn’t do that. He let the picking go on and on, right down to the very last kid, on and on until only one kid was un-picked, until there was only one kid standing alone, unwanted by either team.

I’m sure you know who that kid was. Take any group of typically developing grade schoolers, mix in one kid with autism, and see who gets picked last.

Martin did not show any overt reaction, Janine reports, but it is always hard to tell what he’s internalizing.

I hate when things like this happen. I hate the insensitivity of an adult who would let that happen. (Next Tuesday I will show up at the church a few minutes before the program begins and explain to the gym teacher, in kind and polite words, the effect of his decision on my son.) I hate wondering how much Martin’s self-esteem suffers from his difference, and the irony that our efforts have improved his awareness enough to know that he’s being left out, but not enough to know how to fit in. I hate wondering whether Martin will ever be fully included.

I also hate dealing with these questions at this time, because Adrian and I are facing a difficult decision. Since kindergarten (he’s in second grade now), Martin has attended a wonderful self-contained special-education school. His class has twelve students, each with autism or some other type of disorder that affects the ability to communicate. The pupils are bright, and they soldier on under the “common core” standards now stamped onto our public schools as widely as vaccination requirements. Adrian and I have realized, however, that Martin is perhaps not being challenged academically; his homework packet takes him no more than ten minutes to complete, and about eight of those minutes are dedicated to arguing with me over whether he can illustrate the homework because he’s bored. Adrian and I have wanted to believe that, even if Martin isn’t challenged academically, at least he has social role models; half the kids in his class have language challenges but no particular social impairments. On the other hand, over the past year, Martin has made enough progress, socially, that he is nearing the level of those social-top-tier classmates. So now what? What is the next level that Martin can reach, if he remains in his self-contained special-education school?

For that reason, we are considering attempting to find a private school, with small general-education classes, that would be willing to let Martin come to school with an aide, at least for the first year or two. Martin might not be ready, yet, to make the jump to general education. Moreover, it would be a one-way street; if we pull Martin from his current school, we will likely lose his placement there, and have no option to re-enroll him. On the other hand, we know that elementary curriculum (public school, or private) becomes advances rapidly in third grade, requiring more drawing conclusions and making inferences. If there is a “best” time to more Martin out of special education, we may be approaching it.

Then I remember what I hate. Even if Martin isn’t challenged in his current environment, at least he’s safe. At least he’s neither bullied nor left standing, alone, when the teams are picked. At least his self-esteem—maybe his most fragile attribute—is padded and protected.

To leap, or to stay safe? Even on that everyday question, autism leaves its mark. 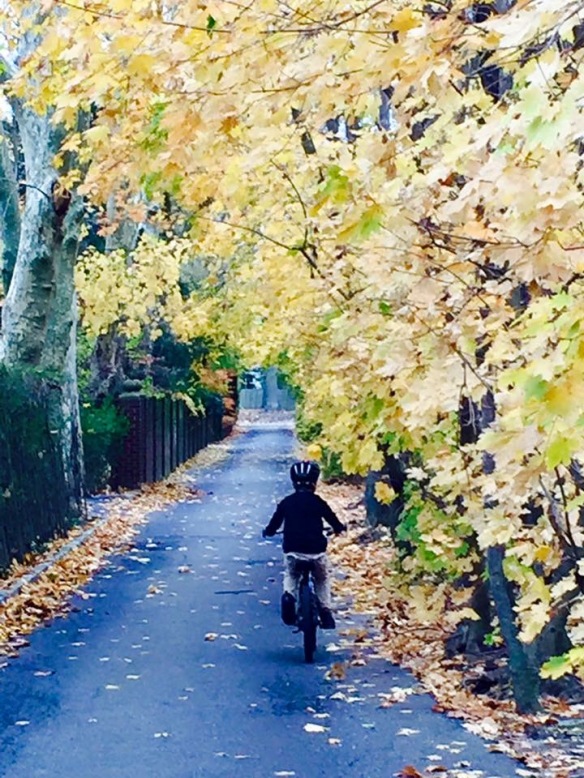 One thought on “Last”