I regret to report that Martin seems to be having a mild yeast flare.

For the first three years of Martin’s recovery journey, candida—yeast—was my constant foe. Before we started biomed, before I understood Martin’s health issues, Martin itched constantly. Self-inflicted scratches marred his legs and backside. The fancy dermatologist diagnosed “sensitive skin” and advised us to use Cetaphil or CeraVe products (!), which helped nothing. Once I realized that Martin’s constant itching and some of his bowel issues were connected to candida imbalance, we started to tackle the issue with diet and supplements, and we made progress. Nevertheless, yeast is tricky. If you get it under control in one form, it doesn’t wait long to rear its ugly head in another form. We clashed again and again, yeast and I.

Two years ago Martin started taking Candex. We’ve had the most luck with that product, and we haven’t really had a major yeast battle since.

And now—he’s itching his legs again, and asking me to rub cream on them. He has those stupid scratches. I snuck into his bathroom and witnessed a “fluffy” poop. (Sorry to throw that in unannounced! It was quite shocking to me at the time, so I decided to go for effect in my reporting of the incident.) Plus, he’s silly. So silly. Inappropriately laughing. Cracking himself up. Disrupting his school class. Silly, sill, silly. The situation isn’t out of control, but it sure isn’t great.

Possibility: Having been so many months without substantial candida troubles, I’ve loosened up Martin’s diet to allow more sugars. He’s eating daily fruit, including homemade vegetable-fruit juices, and scattered starches (potato) and carbs (quinoa, brown rice). (Wait, did you think I meant refined sugars? Oh, you made a funny! Martin never gets refined sugars.) Those foods feed yeast. I may need to tighten the diet back up.

Possibility: Especially as he’s working through his past immune insults, Martin gets healing reactions. His recent allergic attacks, for example, may be related to clearing vaccines. (The cats are another story.) Vaccines—indeed, any injections, as I understand the process—are notorious provokers of something like allergic reactions. Clearing vaccines, moreover, can cause silliness and inappropriate laughter. Maybe, in this kerfuffle as Martin’s body heals itself, it (1) loses track of yeast, and (2) compounds the problem with symptoms that mimic a yeast flare.

Eons ago, in college, my friends and I used to drink dollar pitchers of Milwaukee’s Best at happy hour. We called that cheap beer “the beast.” That beast—that yeast, that hops, that barley—was so much better than this. 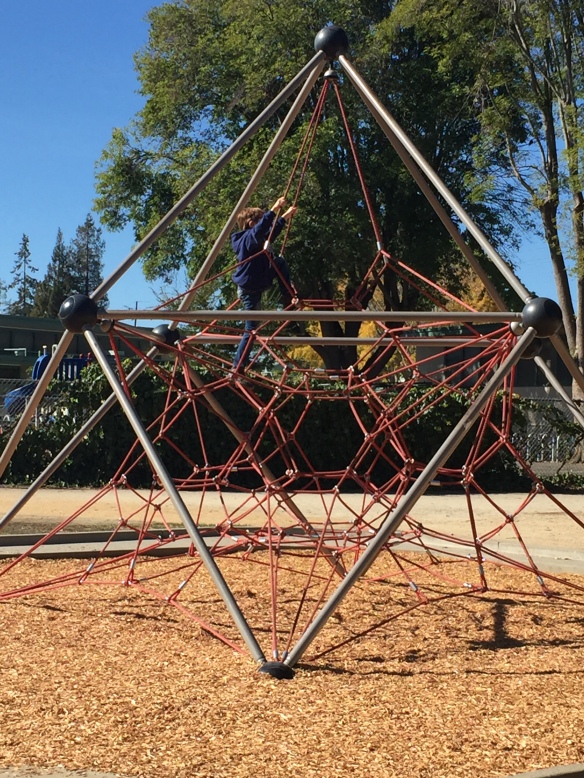 This isn’t the beast! This is the cutest little man ever. Martin, at play, Mountain View, California.

6 thoughts on “The Beast”