Overcoming autism is like trying to escape an octopus’s clutch: Just when you feel free from one tentacle, another swoops in to take hold.

Martin had a terrific spring, and his digestion and health seem better than ever. Yeast has been under control for a year. Bowel movements are formed and firm. He sleeps. His height and weight are right where they’re supposed to be. His once-distended belly lies flat. We’ve wrested him from several tentacles.

Enter—allergies. At least, I think “allergies.”

Until recently, Martin has never had overt trouble with allergies. The first sign of a change was a few months ago, at a diner. (Martin ordered an Angus beef patty, no bun, and steamed broccoli. The catsup he ate was not organic. It was full of crap.) Midway through the meal, Martin started sneezing and rubbing his eyes. His face became red, his nose ran, his eyes puffed and watered. I had no idea what was going on. I did my best to dab at his eyes with a damp napkin and make him comfortable. The reaction faded as we drove home, 20 minutes later.

A couple months passed without another incident. Then, in July, he had three such reactions in one week: two when he got home after school (Martin attends summer school), and one over breakfast. I don’t know if something in our house might be bothering him, something that coincidentally was also at the diner. I did notice that, with all three reactions at home, he was drinking camel milk when the trouble started. Accordingly, I’ve suspended camel milk until we figure this out. No more reactions of that type—runny nose, puffy eyes—have occurred.

Meanwhile, however, red spots have appeared on Martin’s left temple. They showed up two or three weeks ago, faded, and reappeared more prominently this weekend. And they’re breeding: When the spots emerged a few weeks ago, they were four. This past weekend, they were seven on his face and one on the back of his neck. The spots are neither raised nor itchy. They are not bug bites.

Terrible photography. Sorry. He didn’t want to be still.

So what the hell are they? Allergies? To what? Are they the result of a Heilkunst clear? Our last clear was PCV7. The skin is the body’s largest drainage organ. Or are the spots from clearing something else? We’re working on Martin’s biofilm now, plus the possibility (awaiting test results) of chronic Lyme, both of which involve antimicrobial drops. Is his body responding with spotty face?

Also happening nowadays: Martin’s ears hurt, and he’s coughing at night. His emotional regulation is terrible. He seems out of it. Where do those facts fit in the puzzle?

I’ve scheduled new allergy testing with Martin’s pediatrician, and I’m corresponding with our other practitioners, trying to figure this out, which leads to the biggest mystery of all: When exactly did I become qualified to make sense of such things?

Parents enjoy identifying ways their children are like them, right? That’s why we have expressions such as “the apple doesn’t fall far from the tree” and “chip off the old block.” When I was growing up, I knew a boy so like his father that everyone just called him “Chip.” I don’t even remember his given name. Daniel, I think.

When your child happens to have autism, the process gets reversed. You start looking for ways in which you are like the child. Autism has a genetic component and, like other immune disorders, tends to run in families. Hey, I find myself thinking, do I have autism? Maybe just a little? Is there a reason I’ve always liked to be by myself, a reason I was an awkward child? (Okay, fine. I’m still awkward.) Does everyone trace patterns on wallpaper? Does everyone count the number of steps she takes on each sidewalk square or section of parking lot? Does everyone need to locate all three cats before she can start the washing machine, just in case the 14 times she checked to make sure no cat was in the washing machine were inadequate? Does everyone inspect her front bumper upon arrival home to confirm she didn’t run anyone over, even though she surely would have noticed if she’d run someone over? Or is that only me?

I see so much of myself in Martin’s behaviors, the same behaviors we blame on autism.

Martin dawdles. I dawdle. I seem incapable of moving efficiently from task to task, or focusing on one task. As a corollary, I run late. Virtually always. When I absolutely need to be on time (say, to a deposition or hearing), I comically overshoot the mark and end up half an hour early, hanging out in a random hallway.

Martin remembers numbers and dates precisely, but his episodic and short-term memory are subpar, along with his desire to pay attention. He knows every train station between our home and Midtown Manhattan, the number of moons Jupiter has versus Saturn, the order of his classmates by height, and exactly what we did on November 17. Yet he has no inkling where he left his socks, or what I said we are having for dinner.

I recall a conversation once, when I was eight or nine, about the length of movies. I said that Superman (referring to the original 1978 version with Christopher Reeve) was two hours and 22 minutes long. My mother became chastised me, saying I was making that up and could not know the length of Superman off the top of my head. But I did. As part of our subscription to HBO, my family received a booklet each month with the program line-up and a description of each movie. A year or two earlier, Superman was a full-page write-up in the booklet, followed by “(2:22).” The same number, three times. I wouldn’t forget such a thing. 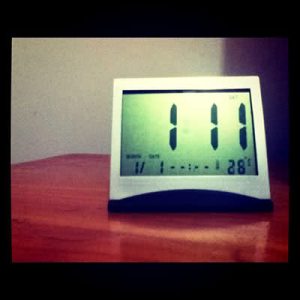 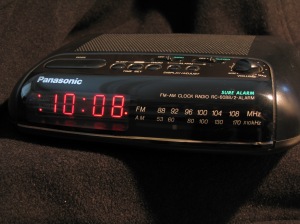 In November 2014 Martin informed me that first Saturday and final Sunday stood alone. He told me this from his bathtub, and although no calendar was nearby, I didn’t need to ask him what he meant. On the paper calendar, November 1 (a Saturday) and November 30 (a Sunday) were each the only date in their respective rows. In February 2015 Martin told me one week was empty. Again, no explanation needed: The last calendar row contained no dates.

I get frustrated with Martin when he doesn’t pay attention. That’s so unfair of me. When I was in first grade, I took dance class. I never knew any of the steps, because I didn’t pay attention to learn them. I didn’t pay attention in baton, either. I faked the moves and occasionally got caught. Once, at an assembly for baton, a special drawing was held, with much fanfare. I was present but didn’t listen at all. When my name was picked for a prize, I had no idea what I’d won, or what to do. Until someone poked me, I didn’t even realize my name had been called. Did I have autism? Do I now? Maybe just a little?

Should I be treating myself with diet and supplements?

Will I be satisfied if Martin grows up to be like I am now? Or do I want him to be better?

The prize I won, all those years ago, was a fancy new baton, which I was supposed to report to a table to retrieve. I carried it proudly but still never learned the moves.

And you probably will have guessed this already: I just went on imdb.com to check what that website says about the length of the 1978 version of Superman. According to IMDB, the movie was 2:23 long. Wikipedia says the same thing. Ha. That’s what they say. The HBO guide listed Superman at “(2:22).” I can’t find that guide on-line, but I still can see the numbers in my head.

Remember these things? I searched on-line but couldn’t find an image of the one featuring Superman. Any collectors out there?