Most weeknights, if I’m in the kitchen (and most weeknights, I am), I watch The Rachel Maddow Show, unless the New York Rangers are playing, whereupon I toggle between hockey and opinion. Watching TRMS, a liberal-leaning program, doesn’t signal my politics; I don’t always agree with Maddow on the issues. Instead, I find her a stickler for facts who bestows a clever touch even on obscure political events. And in any event, my politics don’t belong on FindingMyKid, which is “a parent’s real-time blog of autism recovery,” not “a parent’s thoughts on politics.”

Last month, Maddow did a segment on Betsy DeVos, the then-nominee for secretary of education. I don’t consider it political to say that I think DeVos was a deplorable choice; as a lawyer and special-needs parent, I believe the secretary of education must know the law, especially the law concerning special education. DeVos’s inability to articulate the meaning and enforcement requirements of the IDEA should have disqualified her. Instead of leading the segment by discussing DeVos directly, Maddow led by making fun of Neurocore, a Michigan-based biofeedback company. DeVos is an investor in Neurocore, and Maddow is not the first to report that DeVos does not plan to divest her interest in the company. Unlike other pundits, however, Maddow ranted hardest against Neurocore itself: its religiously rooted beginnings, its cost, and its methods, which she called “having children watch a movie and then interrupting them,” or something similar (I don’t have a transcript).

“I’m sure there are people who swear by this method,” Maddow said—as if she were speaking directly to the blogger behind FindingMyKid, who was thinking, “Hey, Rachel, don’t knock it till you’ve tried it.”

When it comes to reports on vaccines and the CDC’s vaccination schedules, I am used to listening/reading with a grain of salt. Actually, I just pour buckets of salt on the whole story. Mornings, I listen to NPR, whose coverage of vaccine issues I have found (perhaps) especially awful. Recently I’ve been hearing that Morning Edition is “brought to me by America’s Biopharmeceutical Companies.” Natch? But when it comes to other topics outside the mainstream—i.e., not vaccines—I still challenge myself. You might have read in a comment to the post “Opposite Direction” that we are trying the ionic footbath for Martin. (Follow-up post coming.) Before I commenced that new treatment, I re-read the criticisms and praise of ionic footbaths, and re-watched the videos purporting to debunk their efficacy, and spoke with Martin’s MAPS physician, and asked myself those two familiar questions: Is there any chance this will help Martin? Is there any chance this will hurt Martin? Ionic footbaths aren’t hurting him. As I will write soon, I’m not sure they’re helping, either. They certainly aren’t the panacea articulated by the commentator on the “Opposite Direction” post.

Neurofeedback, like ionic footbaths, is outside the mainstream. I do neurofeedback with Martin, not Neurocore, but Braincore. It’s expensive ($3,000 for 30 sessions, initially) and cumbersome (thrice-weekly visits to a center). Martin loves going, because he gets to watch and re-watch his favorite movies, like Hotel Transylvania 2, Despicable Me, and Zootopia. I, on the other hand, wish Martin were not re-watching movies. Is all this worthwhile, or as Rachel Maddow implied, just ridiculous?

The premise behind neurofeedback is that the brain can be monitored via its electrical activity (electroencephalogram, or eeg) and trained to work more efficiently. Martin wears electrodes on his head, which measure his brainwave frequencies by computer. While wearing the electrodes, Martin watches a movie, with the sound played through earphones. When the computer reads less regulated brain function, the movie dims and volume fades. When the brain function better regulates, the movie brightens and volume gets louder. Martin thereby trains his brain to work more efficiently—for his own enjoyment, or so it seems to him.

Seems promising. Indeed, in October 2012 the American Academy of Pediatrics rated neurofeedback a level-1 evidence-based intervention for attention and hyperactivity. (It can also be used to treat traumatic brain injury or and a variety of other conditions, such as PTSD.) But that doesn’t mean the treatment is free from criticism, Maddow-generated or otherwise. Most criticism seems to focus on a lack of comprehensive evaluation. As with so much that a biomed family does, sometimes what’s going on in the lab doesn’t keep up with what’s happening in the field, so here we land, again: Might the treatment help? Is there any possibility it will hurt Martin? Neurofeedback clears that standard, easily.

We’ve been doing neurofeedback for several months now. The next logical step is to check the pudding: Any proof in there?

Sorry if that’s another letdown. Martin is up and down, as usual. More up than down. Something must be causing the ups. Maybe the ionic footbaths. Maybe all the skiing. Maybe his supplements and antimicrobials, along with a small amount of (oral EDTA) chelation, are doing their job and helping his body shed immune impediments.

Or it could as well be the neurofeedback. 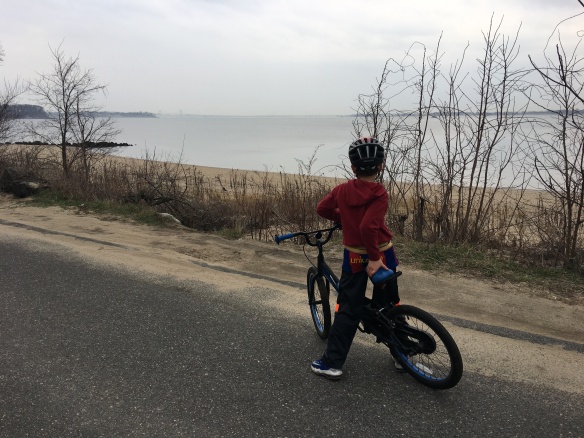 4 thoughts on “Back Off, Maddow”