Adrian and I are ringing in the New Year in Jerusalem. It should be a great time, and it is a great time. Right now it’s also difficult, because of messages from home. Samara, who has been helping my mother with Martin while we’re away, sent this to my phone (portions translated):

Hi. How are you guys? Everything is fine at the house, but Martin misses you so much. Sometimes when he’s saying, “Mommy is coming back another day,” that’s when a tantrum starts.

Today he cried over a saxophone. He was playing with some stickers his grandma gave him as a present. There were pictures of instruments, and one of them was a saxophone. So he remembered that he has [a saxophone] and started to look for it in his toy chest and took all his toys out of the toy chest. I told him that [the saxophone] isn’t there anymore because it broke, and he started saying, “It’s coming later,” and so mistakenly I said that the saxophone is not coming later, that we need to get a new one at the store because yours is broken. He quickly responded that we should go to the store to buy a saxophone, “Vamos a la tienda a comprar un saxofón.”

I thought that was a very clever sentence. But he was really serious about it. Then he remembered that you aren’t here, either, and he related you to the saxophone and things got worse. He started to cry even more. So I took him to the toy store to look for something similar to the saxophone. Well, he saw a trumpet and got that into his head and didn’t want to think about anything else. I was going to buy it right at that moment, when I realized that I didn’t have my wallet in the backpack and—oh boy! He cried so much. He couldn’t understand that we were coming right back to pay for the trumpet. He cried all the way back to the house and until he saw my wallet, when he finally understood that I was not kidding.

Later he was the happiest boy with his trumpet, and then he got another present from your mother and he was more happy still.

Ugh. Martin has not obsessed about a musical instrument (he used to carry one everywhere) in months. Is emotional distress causing bygone habits to reemerge? Emotional distress because I am not there?

So there was that crap situation, which happened yesterday. Then this morning my mother texted: “Martin has started, ‘Mommy and Daddy always come back.’ [Your brother] leaving will be tough on Martin today.” 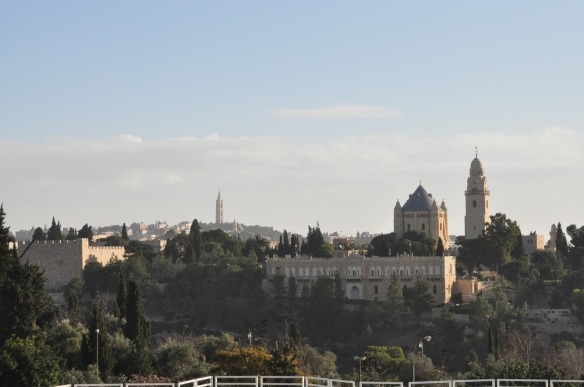